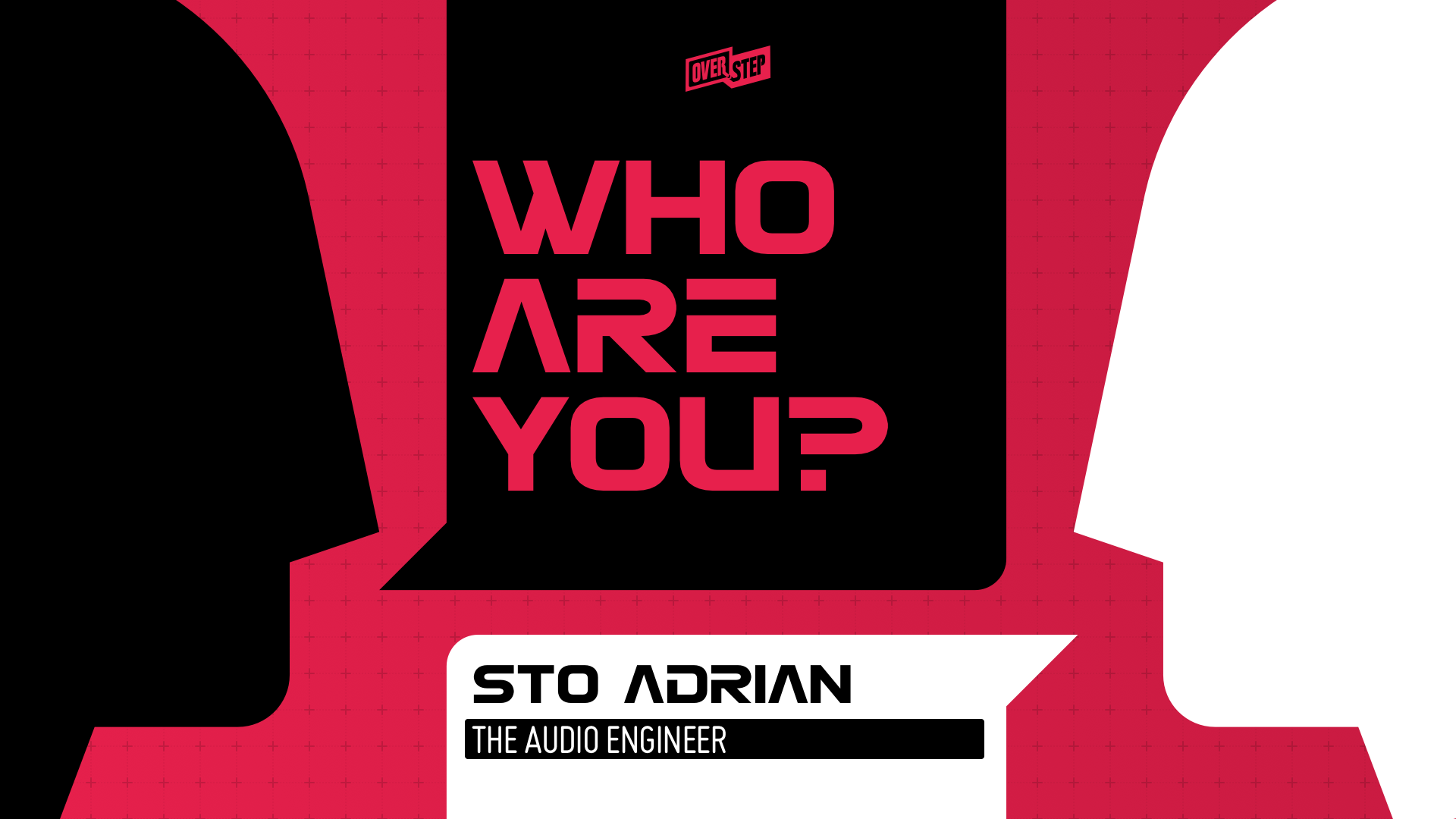 Let’s get to know the people behind Overstep – this time we are learning about our Audio Engineer, Sto.

What got you into game development?

I was lucky. In a sense that luck occurs when preparation meets opportunity. But really, it was a mix of many things clicking together at just about the right time. I could tell you about most of them but it’d take a few pages.
I’ve been playing videogames since I was probably 4 or 5 years old, and we had a neighbor at around the same time that was a music teacher and she let me toy around with her guitars and other instruments when my parents and I visited with her. I mean, this woman had a full size piano in her apartment.
So yeah, being exposed to the two main things that make up my job since I was a toddler is probably what made it happen. I didn’t choose the dev life. It chose me.

How did you find your way to Gamecan?

Long story short: A dude who knew me from high-school recommended me. I’m saving the long version for another time. *wink* *wink*

What is your favourite thing about your career?

The fact that I actually enjoy what I do. Really. Sometimes the challenges are hell, but the results are worth it, and you come out the other end all the better for it.
Also, being in a team where people are generally smarter than I am doesn’t hurt, either.

Tell us about your hobbies.

I am finding out more and more that I’m obsessed with wrist watches. I love finding old wrist-watches at flea markets and refurbishing them, carving out and sewing up new leather straps, etc. There are around 20 pieces in my collection at the moment. None of them were bought new. At the time of this writing I’m wearing a Casio Illuminator MW-58 on a black NATO strap. I could talk about watches for hours.
I love cooking, and the upkeep of knives. Few things are more satisfying than shaving off a few arm hairs after sharpening a knife to razor sharpness.
I’ve also been known to play some guitar.

What website or app doesn’t exist but you really wish is did?

An A.I. that can actually hold a conversation, and emulate a convincing human being. It would be nice to have someone actually listen instead of just waiting for their turn to speak.

What would the title of your autobiography be?

What was the last thing you were really excited about?

This is going to sound like a canned answer, but the last Overstep playtest actually got me really excited. And I don’t get excited very often.

What’s a game you thought you’d like but instead was a disappointment?

Lately, Deus Ex: Mankind Divided. If I wanted to watch a movie, I’d go to the cinema! If I wanted a walking simulator, I’d go outside and take a walk! If I wanted someone to nag me, I’d call my mother!
Uninstalled after around an hour and a half of aimless wandering and boring dialogue. -5/10 Would never reinstall.

What is the most useless fact you know?

The mitochondria is the powerhouse of the cell.

Tell us something that most people don’t know about you.

Legally, my middle name is Peter.

And lastly, what is the most important thing you have learned while working at Gamecan?