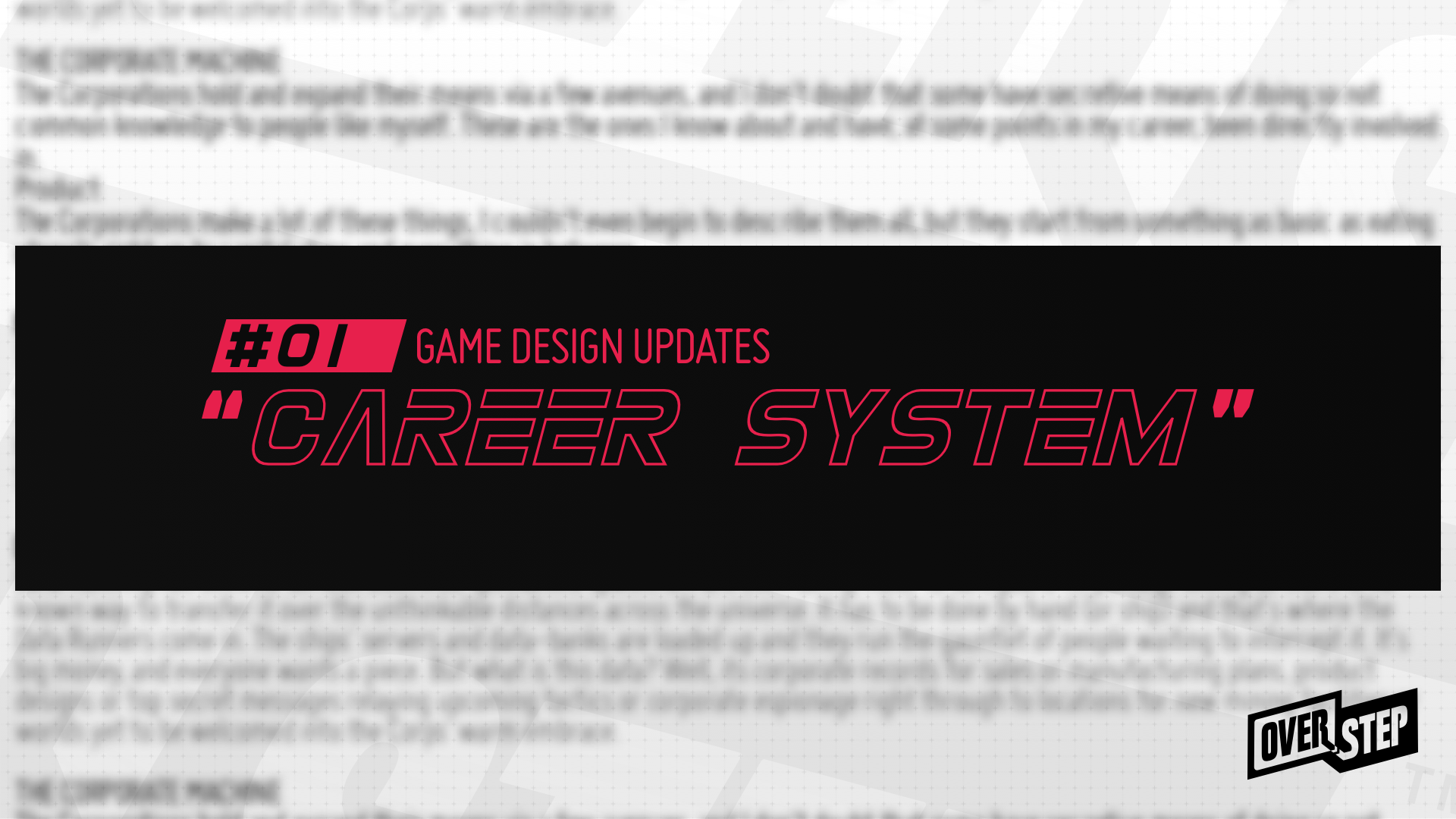 Making video games is so much about constant iteration. Plan, prototype, test, plan again. It’s an eternal loop of over-caffeinated game designers and heavy breathing programmers. Okay, it’s not THAT bad. Still, you can pretty much always improve things – this is the first post of a series providing insight to some of our major game design updates and the reasoning behind them.

A few years ago, we put our heads together and realised that we needed to turn Overstep into a sport at its core, from this core concept we looked at games from years gone by that focused on style by skill, such as Project Gotham Racing, NBA Jam and Tony Hawk’s Pro Skater and worked to combine them with modern online titles with season pass type events. Wanting to really capture the fanfare and celebration of those career-based games and real-life events (such as the company retreat karting competition) we made an in-depth career system as well as detailed player rankings and tied them all up in with the sponsorship system that puts you in the position of a pro athlete or pro gamer. These new systems, added to the showboating, trick-based gameplay and tight combat are now an integral part of Overstep’s roots.

Before these changes, the career system was little more than a straightforward experience system with rewards and unlocks, but it quickly developed as a concept far beyond that, as you have read.

We want every player as a part of the league gaining fame and rewards, showing off and fighting their way to the top ranks, but as we all know sports are nothing without financing and thus a natural progression happened. The mega-corporations, a collection of sponsors of all shapes and sizes that ruthlessly manipulate the sport for their own ends, selling their products, using every underhanded technique possible to gain an advantage.

The player’s career will naturally take them from their first offer to join the leagues through tougher challenges and rougher battles, earning reputation and credits from their sponsors, but players are still free to change their minds as to who they showcase, and expect talented plays in the arena to lead to the corporations coveting you! Like any contract however there are penalties to breaking up with your current sponsor which will make life interesting to say the least.

There are many complexities and possibilities within the career system and during each season of an Overstep event. These range from special, undercover missions to bounty hunting and of course the personalities driving the corporations themselves. We have many more ideas but you’ll have to get your hands on Overstep to see just how high you can reach.