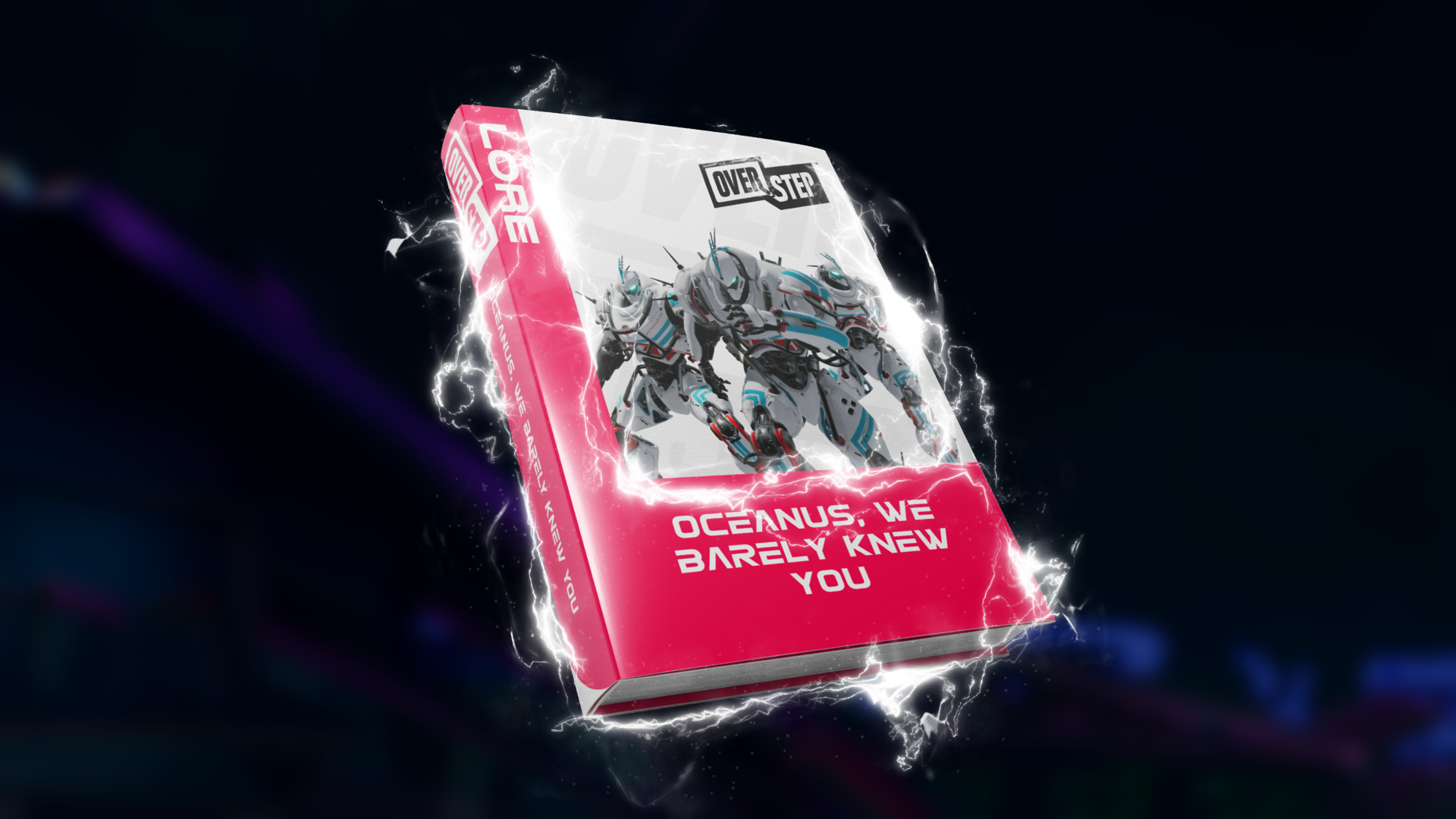 The Elido System, the prize pearl, the feather in GSOP’s bonnet. Eight fascinating worlds (nine if you include that eyesore Atlas Array), all with their own mind-bending features. I’m sure we all have our favourites, the relic world Alpha Zeus, storm-ravaged Brontes, Castor the super-Mars, shattered Damocles, fiery Neo Charon, or the gold jewel Plutus. I’ll not include the Atlas Void because if you claim that space station as your favourite then you are either A) a liar, or B) a nefarious crime lord.

But my favourite is Oceanus.

It’s a fascinating planet that I had the fortune of visiting last year. A misty water world, cool, with an ocean full of winding rocks, giant kelp, and the bones of long-dead sea creatures. I set foot on Bergakungen, the mountain-top that pokes out the equatorial waters, where I got a great view of the lonely peregrine observatory at its peak. I was also fortunate enough to be treated to an underwater tour of the Petrified Reef. It was a short trip, but enough to make one fall in love.

Oceanus, you were my muse. And you were undone by the Proteus system.

For those unaware, the Proteus system is a star system in GSOP space. Six of the system’s planets have cleared their orbital paths of asteroids and particles, yet a seventh path exists, numerically the fifth from the star, situated in the goldilocks zone. However, no planet exists on this orbital path. Something transported or destroyed it for reasons unknown. Gone without a trace. The Proteus 5 theory. The missing planet.

You see, our haunting little water world shares key similarities with the Proteus planets. Enough similarities for our beloved Oceanus to be renamed Proteus 5 in ‘honour’ of the highly controversial, yet ultimately true, theory.

Perhaps this transportation is what killed off the planet’s biosphere, caused the ocean to be littered in bones. But it raises greater questions, if the peregrine moved Proteus 5 here, does that mean the other planets were stolen too? And at what similar cost? Was Brontes once a pleasant continental world, instead of the lightning strewn hazard we see today? Was Neo Charon once calm, instead of lava-baked? And if the peregrine did move all these planets into this strange system… then why?

We don’t have the answers, perhaps we’ll never know. The only thing I am certain of, is that of a great cosmic injustice. Like Pluto’s demotion all those centuries ago, Oceanus has been robbed, killed before its time. In name and in life.