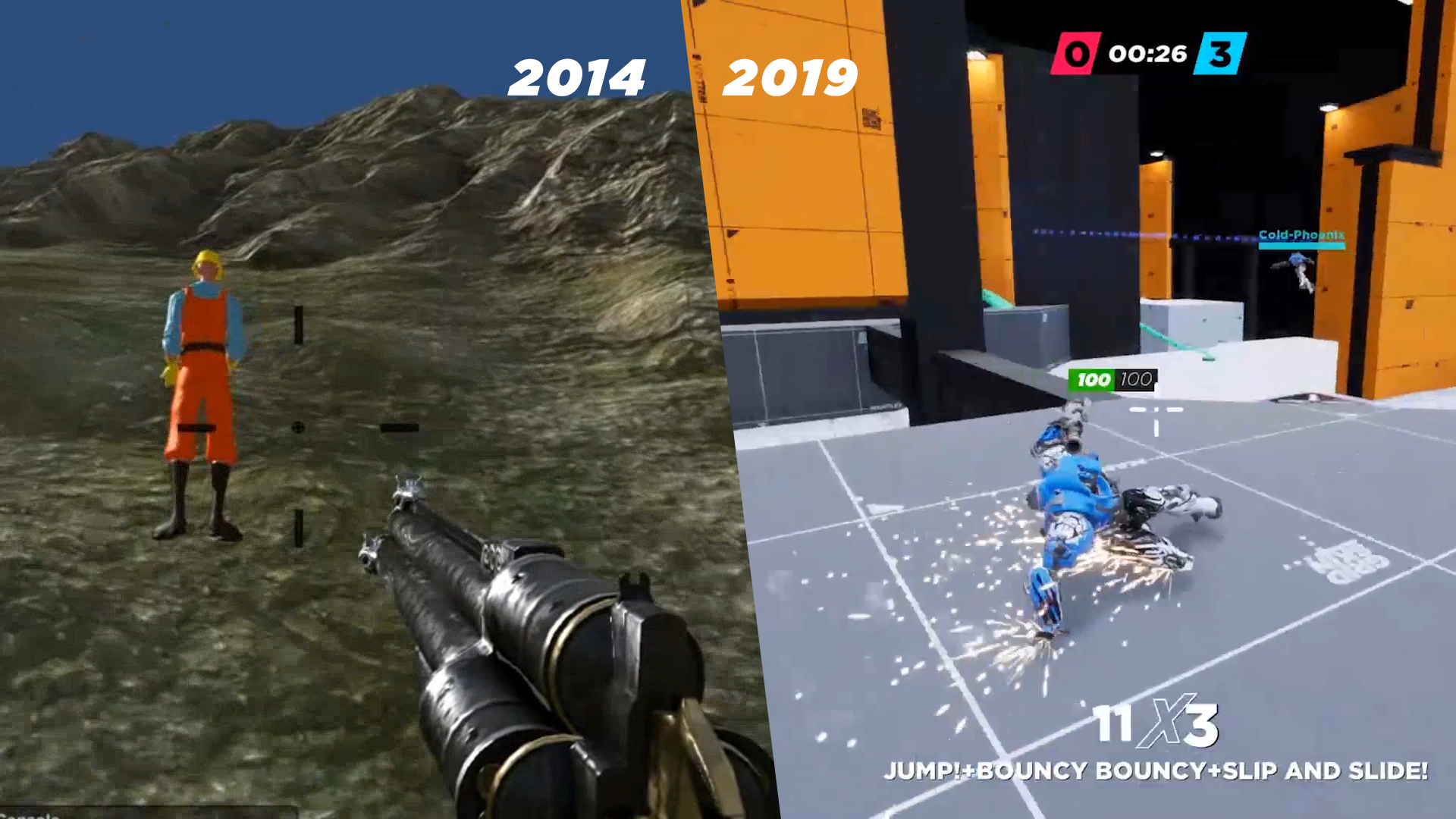 The evolution of Overstep

Overstep wasn’t Overstep at first. It was Sector 9. And I was first invited to create a user interface for it, just because I had a strong background in video production and you could do cool-looking stuff in After Effects. The brief of the game was „Robots go pew-pew in space, it’s a multiplayer FPS.“ That was my first contact with game development. Oh, and it was 2014.

I got so intrigued by game development that it didn’t take me long to start constantly annoying the current lead programmer at the time to take the project more seriously. I googled the basics on how games are made and what skillsets are needed, found another 4 people in a few months time and close to 2015, i was asked to take over the whole thing. At first i said no – I still really didn’t understand how they could have made Super Mario, even. That decision started eating me inside out, though. So I took 2 months to learn as much as i can, from the world wide web and then told him I’m ready to take over.

2015 was a mess. But it makes me smile to compare how we work now, to those times. By the beginning of 2016, we had 30 people working for free and truly believed we had something special in our hands. The unique selling point of the game was going to be hot and cold zones that move around the level and give you a wide range of nerfs and buffs while you’re in them. We raised our first investment and started working towards Kickstarter which launched in nov, 2016. The campaign failed bigtime. We had no success in conveying what we felt was unique about the game. Looked like another shooter.

The whole 2017 and first half of 2018 was spent looking for the next investment. From the ca. 40 people that had worked on Overstep, about 10 had stayed with us. The version of Overstep you see now, was started in July 2018. Slightly over a year in development, we are soon ready to launch early access on Steam. If you feel like supporting us, do wishlist Overstep here: bit.ly/WishlistOverstep